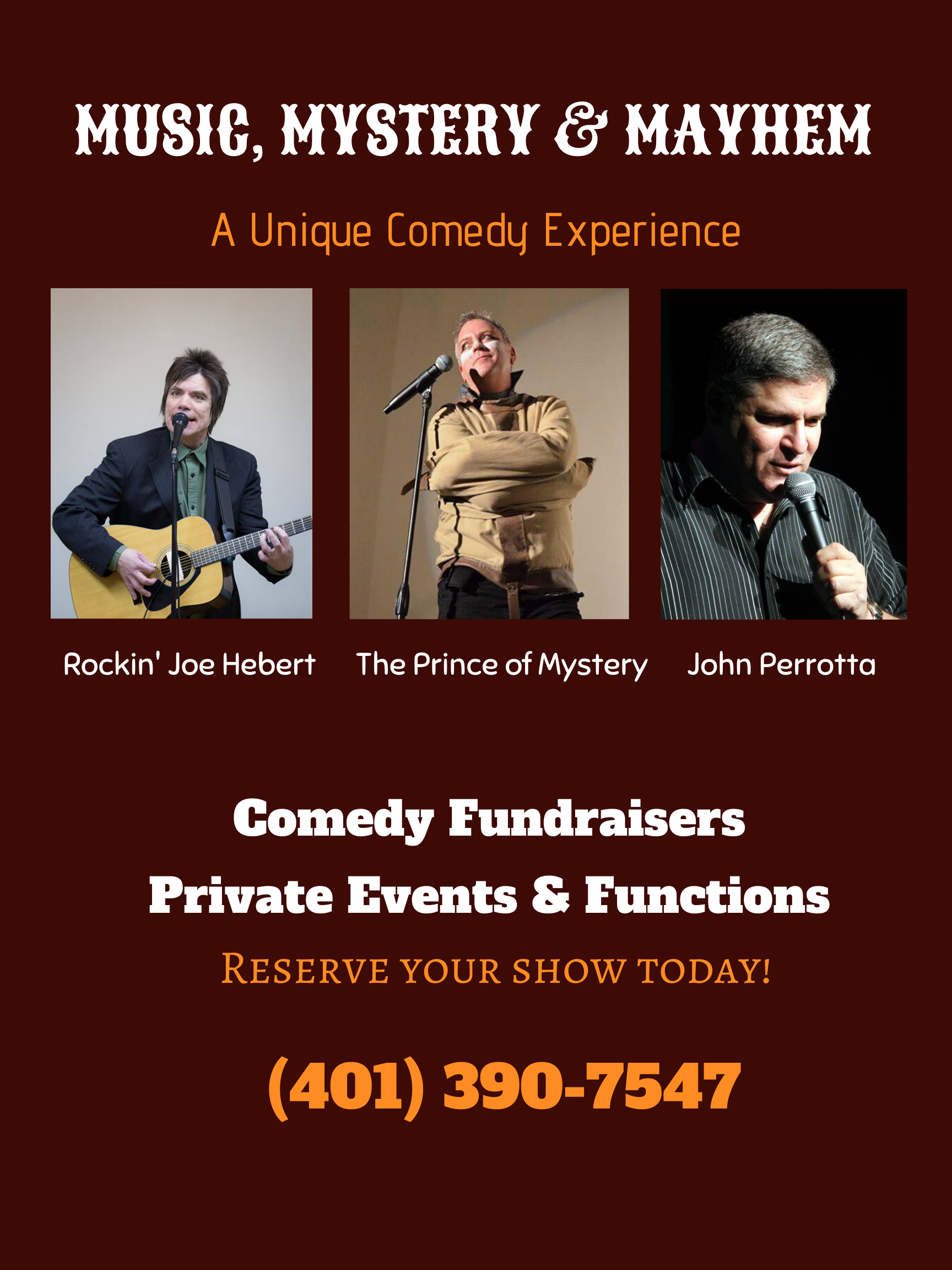 The Perfect Comedy Show for Your Fundraiser

The downside to hiring any comedians is, you never know quite know who you’re getting. You could be hiring amateurs , or perhaps dirty comics. The problem is, you usually won’t know until the show starts. You’ve worked hard to put on a great show and gather a money-making audience. Don’t leave things to chance.  I’ve received calls from several groups and sports teams, disappointed with the comedians sent to them by other fundraising companies. These groups are usually hesitant to hold another comedy night and I don’t blame them. The main complaints?  “They weren’t funny, they were too  dirty or, they were too expensive.”

What is Music, Mystery and Mayhem? Rockin’ Joe Hebert has been making audiences laugh for over 30 years.  When Joe takes the stage, be prepared for high energy, rapid fire stand up comedy, followed by an assortment of hilarious tunes, guaranteed to never leave your head. Joe’s ability to ruin your favorite songs has made him one of the most requested acts in Southern New England. Joe is also the founder and roast master general of the RI Comedy Hall of Fame. The Prince of Mystery

The Prince of Mystery is a magician or maybe a comedian. Perhaps he’s both. We’re really not certain. One thing he definitely is? Weird. But, this Massachusetts native is also hilarious and he’s had all his shots, so don’t worry about catching anything. The Prince of Mystery’s act is a must see, as describing it would be impossible. What’s a show without a little mayhem? John Perrotta doesn’t require a stage. He prefers to be unleashed upon your audience right in the crowd. John doesn’t have an act, but he has a great deal of issues and prefers to work them out , not in front of your audience, but in the middle of it. John moves  from table to table, person to person like a tornado, destroying everything in his path, leaving you laughing for hours afterward. John has performed at the exclusive NYC Friar’s Club and recently opened up for international stand up sensation, Bill Burr.

Hire Music, Mystery and Mayhem today. This 90-100 minute comedy show consists of three extremely professional and  diverse comedians with over a hundred years of experience between them.

You bring the audience and we’ll bring the jokes and professional sound equipment.

NOTE: The Music, Mystery and Mayhem video is on the way. 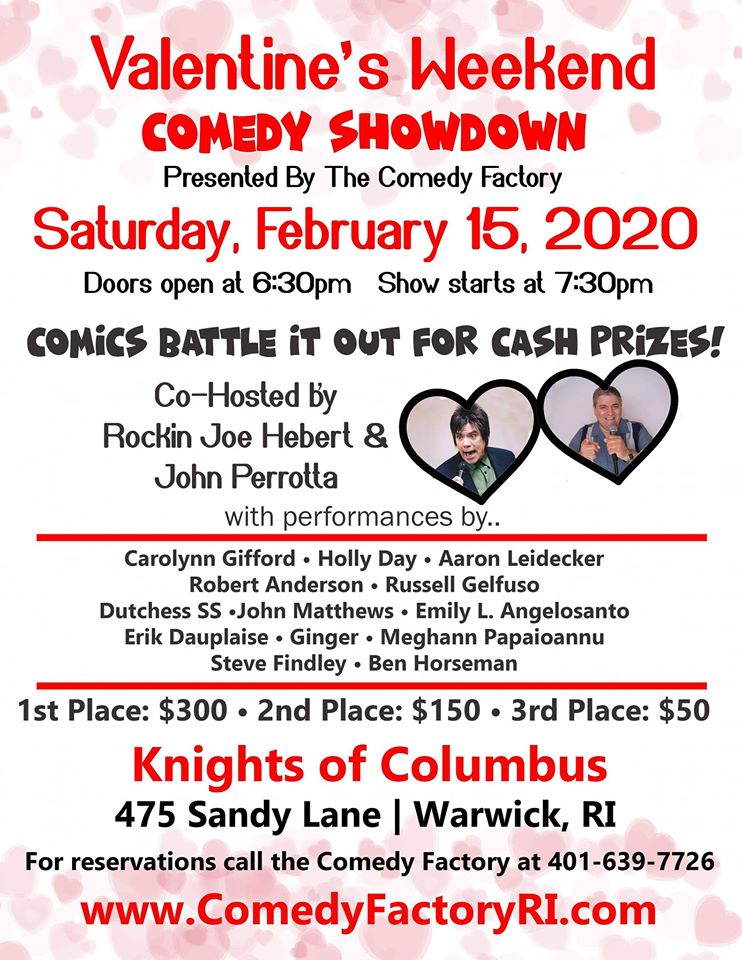